“I have a tendency to drop things” 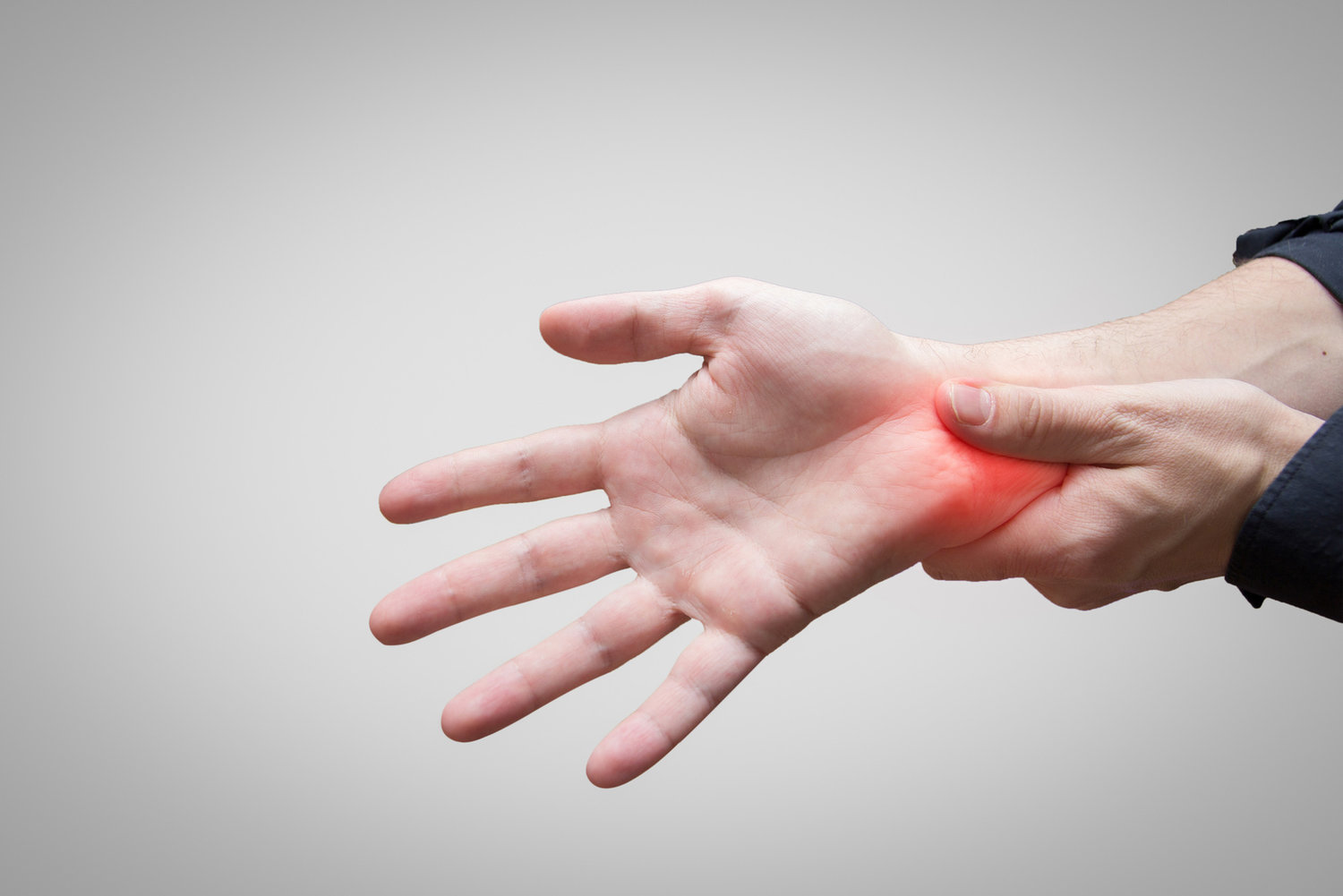 Carpal Tunnel Syndrome (CTS) is a disease of the wrist caused by constitutional or environmental factors. It usually presents itself as reduced movement, tingling, numbness or pain in the wrist and fingers. The condition is caused by pressure being placed upon the median nerve as it travels through the carpal tunnel from the wrist into the hand. Several fingers are provided with sensation by the median nerve hence the reason that they are affected when the median nerve becomes compressed. Symptoms are usually worse at night.

CTS can be caused by constitutional factors such as diabetes, poor health, pregnancy, obesity, family history or hypothyroidism. Inflammation due to any of the above factors causes blood vessels in the surrounding to expand and put pressure on the median nerve.

Carpal tunnel syndrome is a prescribed disease and is covered by the Industrial Injuries Disablement Benefit scheme (IIDB). There are 2 types of occupational exposure that may cause CTS, they are repetition and vibration. Statistically, women are more likely to be diagnosed with Carpal tunnel syndrome.

Carpal Tunnel Syndrome due to repetitive exposure at work come from a variety of industries including:-

It is worth noting that this list is non exhaustive and any occupation that involves a task with a lot of repetition, especially of the wrist, could cause Carpal Tunnel.

Vibratory CTS is caused by prolonged use of vibrating tools and machinery such as jackhammers, impact wrenches and drills. Workers at risk are usually employed in the following industries:-

Traditionally the test to diagnose CTS, whether it be caused by repetition or vibration, has been by way of the Phalen’s or Tinel’s test. Both tests seek to provoke a response of tingling by stimulating the relevant area however a nerve conduction study is considered to be most accurate way to diagnose CTS.

If you are diagnosed with carpal tunnel syndrome you may be offered a variety of treatments including physiotherapy and injections to alleviate the symptoms. A CTS release operation treats the cause of the disease rather than alleviate the symptoms and is usually done on a day patient basis. This however is usually a treatment of last resort after other treatments have failed.

You will firstly need to attend your GP for a formal diagnosis and treatment plan. If a diagnosis is confirmed and you believe that your occupation has caused your condition either by exposure to repetition or vibration then contact us without delay as time limits may apply.

Let us know how Pursuit Claims can help you by providing us with your details in the form below.

Please let us know when you want to be contacted so we can get in touch with you at a time that suits you best.

Call us today on